The Kingston Archery Club, as it is now, was founded in the mid 1980’s so local archers could compete with standing and share resources. Around this time, a 3D range was built on the edge of Fairmount Home’s property in then Kingston Township. This new range allowed the club to host tournaments for archers not only from this area but from across Ontario.

Over time, and with the help of dedicated volunteers, the outdoor range was developed and refined into one of the best in Ontario. Trails were cut in the woods with defined shooting lanes and boardwalks were installed through the low lying areas. Buttresses were built in the open space now called “The Meadow” and field targets were built along the trail in the woods.

Club activities have grown throughout the years as well to now include at least two 3D and one field annual tournaments. They also include a lessons program for new archers and various outreach activities through the year to promote the sport of archery in the Kingston region for years to come.

To represent and advance the sport of archery in the Kingston area through educational, competitive, and team-supporting activities.

To maintain appropriate and safe facilities to support these activities, including but not limited to archery lessons, workshops, practise sessions, and competitions. 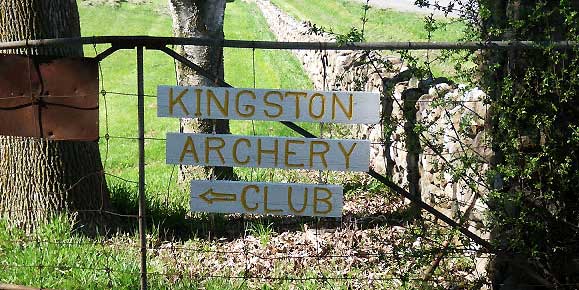